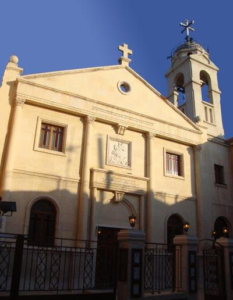 The Syriac Orthodox Church of Antioch is the ancient, Apostolic Christian See founded by St. Peter the Apostle.

In the middle of the first century, St. Peter traveled to Antioch to preach the Gospel, as Christ commanded him, saying, “Go therefore and make disciples of all the nations” (Matthew 28:19). There, he established a church and resided over it as the first bishop.

After the schism at the Council of Chalcedon—which the Church of Antioch did not accept—the dyophysites established their own church in Antioch, which today is known as the Greek Orthodox Patriarchate of Antioch.

Many of the greatest saints and theologians of the Orthodox Church were of the Church of Antioch. Some of these include St. Ignatius, St. Severus, and St. Theophilus.